Under the phrase "affinity and cooperation", we create teamwork and strive to manufacture better products with all employees working together. We aim to create a warm and welcoming company, and everyone from top management to workers on the workshop floor will do their best to treat customers with ideals of "(和) Harmony". We are that kind of company. 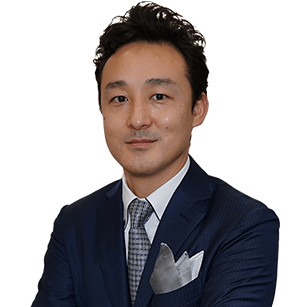 Goto Hiroshi founds Miyako Metal Industry Co., Ltd. Our company at the time was located in Miyakojima-ku, Osaka City, on a small plot of land about 1/6th the size of the present foundry. The company had about 20 employees engaged in creating and sales of light alloy castings.

Due to business expansion, the foundry was moved to Akagawa-cho, Asahi-ku, Osaka City. The photo shows the adjustable wing fan taken in front of the Akagawa foundry by the staff at that time. 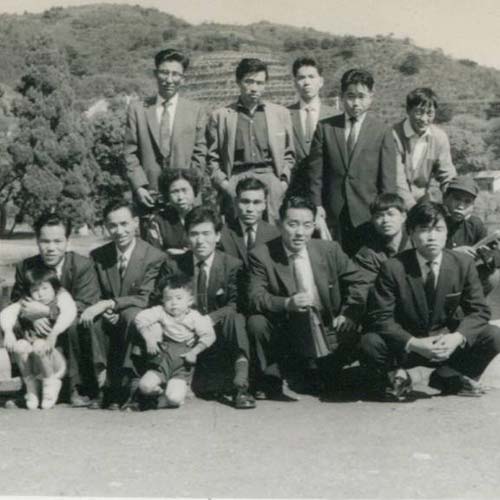 As business expanded, a new foundry was built in Hishiya-Higashi, Higashi-Osaka City. Mr. Goto also designed and built this plant, which started operation in August 1966. The number of customers gradually increased, with more customers came to visit the factory. 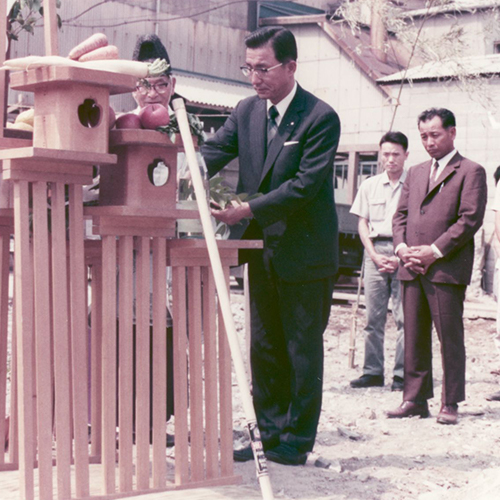 Manufactured the world's largest wind tunnel airfoil made of aluminum alloy. Used in a wind tunnel for conducting tests in automobile development. 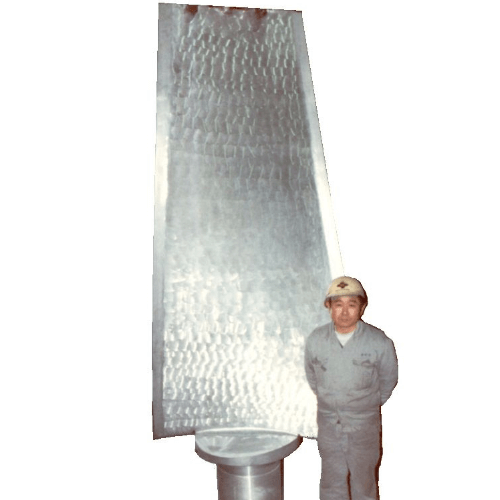 Renovation of plaster core factory. In order to increase the production of plaster molds, the factory was made into a single room without partition, and a flexible crane was installed on the ceiling to improve the efficiency of work. 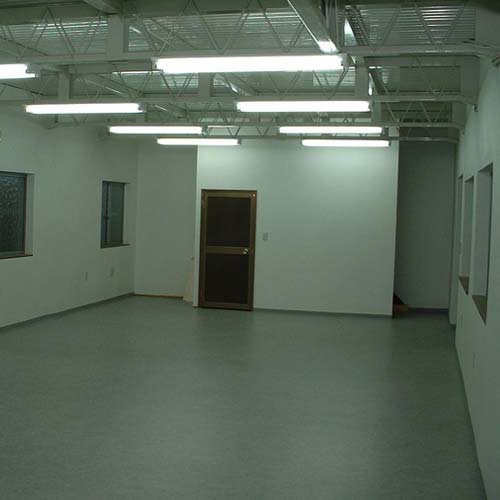 Manufactured Guinness World Records size "magic mirror". It looks like an ordinary mirror, but by shining a powerful light on it, it can project patterns.

We celebrated our 50th anniversary and held celebrations at KKR Hotel Osaka. 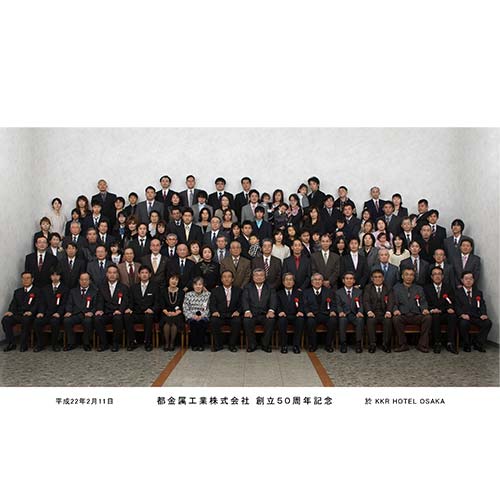